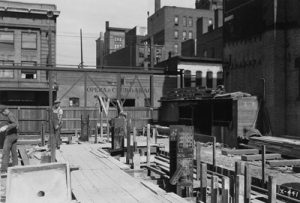 When James R. Howell was in his teens, he began his career as a professional boxer. After many “rounds” of punches being thrown and being received, James decided to change his career path and enter into the construction industry where he found “victory.”

At the end of the Roaring ‘20s, James began working for the construction company C.E. Walker—where he quickly advanced. He began working as a carpenter and progressed to a superintendent while working on the Denver landmark Mountain Bell building located on 14th Street (next to the Performing Arts Complex).

In 1935, when C.E. Walker ceased doing business, James opened the doors to his own firm: James R. Howell & Company (now Howell Construction) and continued working with his established clientele. During its first year of operation, James R. Howell employed a staff of six and saw a volume of approximately $50,000. Although it was difficult fostering a business during the Depression and WWII, James and his wife Hope continued to successfully build the company.

In 1946, their son Robert finished his wartime post in Oakridge, Tennessee—where he worked on the infamous Manhattan project—and came home to join the family business.

The 1950s and 1960s saw an explosion of growth in the Denver area and Howell grew right along with it. Although the number of employees increased, the company maintained its philosophy of not taking on more work than they could manage. 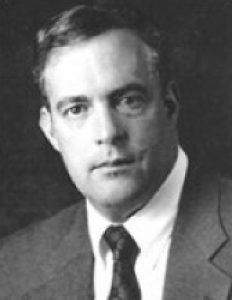 In 1973, James R. Howell retired and Robert Howell took over the firm and oversaw the company’s operations for the next ten years. Jim, Robert’s son, came on board after spending several years working for large international contractors where he managed offshore projects for the oil industry.

It was important for Jim to maintain the firm’s philosophy of consistently focusing on building relationships rather than concentrating on a single project relationship with hard-bid work. The philosophy of building solid client relationships was the beginning of a 70-year legacy that Howell Construction is known for along Colorado’s Front Range.

Just as his father and grandfather had done, Jim maintained a consistent focus on building relationships, rather than on bidding. “We’re not interested in just working on one job for a client. We’re interested in building long-term relationships,” Jim said. “We promote loyalty—the key to our success and longevity. Clients, subcontractors, and suppliers continue to work with us year after year. One of our longest-standing customers goes back seventy years.” Unlike its competitors, Howell’s philosophy is, “Do not take on more work than you can manage.” By following this concept, Howell consistently provides high-quality services to its clients and continues to build its repeat clientele. 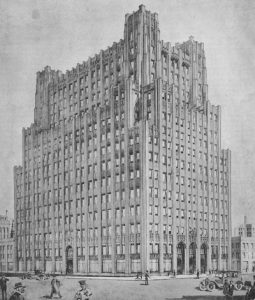 Jim Howell said, “A project that is too large can absorb a lot of your capacity and time which can be reflected negatively by your steady clientele. Howell Construction has maintained its place in the market by accepting projects we can dedicate our full attention to and successfully complete without impacting other projects. We work very hard to turn out a superior project. You can put money into marketing and bidding or you can put the same amount of money into improving relationships and processes with your clients. In one case you get to meet a lot of different people and in the other the same person a lot of times. We’d rather put the value into the job. You may not make much money in certain markets that way, but in the down markets, you do much better because your existing clients have projects for you to build.”

One of the biggest changes Howell has seen during the past 70 years is the price of materials and the cost of labor. Today a project is likely to have at least four times the overhead costs as a project would have had in the ‘30s, ‘40s, and ‘50s. Back then, materials were hard to come by—builders would save and re-use their materials. However, labor was inexpensive. Now, the opposite is true: materials are relatively inexpensive, and labor is costly.

In the late 1990s, after managing a major subcontracting company and working for a management consulting firm to the construction industry, Joe Slavik joined Howell Construction. When Jim stepped down as president, it was not difficult for him to choose his successor. Although the transition meant that Howell would no longer be a “family business,” Joe was the natural choice for president. Even though Jim still serves as Chairman of the Board, he has handed over the leadership and partial ownership of the company to Joe. “One of the reasons Joe is here is because he shares the same value systems that we have had for three generations,” said Jim Howell.

The emphasis on strong relationships extends beyond Howell’s clients to the people who work for the company. Howell’s 75 employees average 12 years with the firm. Joe said, “We have very little turnover. We’ve been very picky about making sure there’s a fit with the employee and the company’s needs. Today, many firms will hire the best person available in the marketplace rather than waiting for the ‘right fit.’ We won’t do that. It is very important for us to make sure our clients continue to enjoy working with our staff year after year.” Joe added, “By demonstrating an incredible loyalty to our employees, we can be assured that when times get tough, ‘the tough won’t get going.’ Loyalty works both ways.”

Giving back to the community has always been an important issue with Howell Construction. Each year the company contributes more than two (2) percent of its earnings to charities along with donating goods and services. For thirty years, Howell did a lot of work for cost at Lutheran Hospital, formerly a nonprofit facility that primarily treated lung diseases like tuberculosis. Howell has also supported the Boys and Girls Club of America. James R. Howell was one of the founders of the Club in Denver and helped them build their first local facility. He also served on the organization’s board for a number of years, as did Robert and Jim. Joe Slavik has followed suit by participating in the Boys and Girls Club’s Associate Board.

Technology has definitely played a role in Howell’s growth. Howell is now recognized in the industry as a leader in highly specialized markets, including biotech, aerospace, high-tech, medical, and pharmaceutical. Howell has become accustomed to completing projects quickly, proficiently, and within budget, all without interruptions to clients’ daily operations.

Jim and Joe are justifiably proud of the projects they have worked on, the clientele they have built, the dedicated staff they have obtained, and the fact that they have been in business for more than 70 years. The Howell family’s values, high-quality service, and community involvement will keep the company prospering for many years to come.